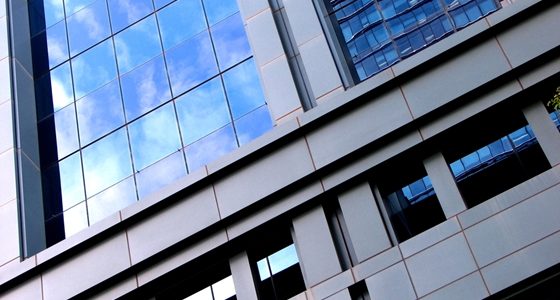 In addition to regular window cleaning and structural maintenance, making upgrades to your building can have a significant impact on your ability to protect your building's exterior, interior and tenants from damage. One of the building upgrades that offers the best protection is window film.

Although many building managers choose to add film to their windows in order to cut down on sunlight, which in turn makes the tenants happier and air conditioning costs lower, it also can provide a number of security benefits. Here are just a few of the ways that window film can benefit your building and its tenants.

Window film protects against theft
Would-be robbers typically go for the easiest targets. If you have store fronts on your building's first floor, display cases for businesses or even office windows showcasing easy-to-reach computers, your building is at risk for a quick break-in. However, by installing security window film, you make the process significantly more difficult.

Rather than breaking the window and watching the shards of glass fall to the ground, opening a large entryway, window film helps keep the cracked glass together. This limits glass from flying around and possibly injuring people, as well as impeding the thieves. This may give the police enough time to show up, scare the thieves away or at least limit their ability to steal any goods easily.

Not only can security help you protect your building from criminals, but your tenants will rest easier knowing they have an additional level of protection.

It decreases the cost of vandalism
In areas where graffiti and vandalism are most common, such as a city's downtown area or on a college campus, administrators can spend significant amounts replacing windows that are painted on, scratched or otherwise damaged. However, with window film, you often only need to replace the protective film, which is significantly less expensive than an entire new window.

The film will take the brunt of the damage, especially with spray paint, and can easily be removed and replaced. Additionally, if there's a riot or overzealous celebration, like those that often make headlines after a college wins a championship, the protective window film can help prevent students from causing significant damage to buildings and hurting others through breaking glass.

Window film reduces disaster damage
Window film can help protect your building from suffering the full force of a storm by acting as the first line of defense. In a hurricane, tornado, earthquake or other act of nature, window film can protect those inside the building from broken glass, it can stop the storm from impacting the building's interior and in some cases it may even keep windows from breaking at all.

Window film is significantly more effective than just slapping some tape on the windows, but look up your state and city's specifications to ensure it meets your area's hurricane requirements.

In addition to natural disasters, window film can provide similar protection from man-made disasters. The film may prevent glass or debris from hurting people inside your building if an explosion occurs, whether from an accidental gas line or a bomb.

It improves visual security
One of the simplest and most reliable ways that window film can provide security is to keep inappropriate eyes from seeing something they shouldn't.

There are tinted films that can make it impossible or difficult for others to see into the building from the outside. This is a great option for tenants whose work is more sensitive by nature. This can be of great value to existing tenants or attracting new ones.

Talk to Clean and Polish Building Solutions about installing window film on your building to experience the cost-saving and security benefits today.