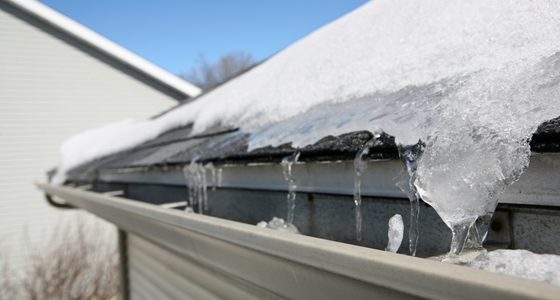 Snow may not be top of mind when the weather’s warm, but spring, summer and autumn are all fantastic times to consider installing snow guards on commercial buildings. Not only does warm-weather installation mean your building is properly safeguarded against dangerous snow slides well before the first snowflakes appear, but the installation will be a breeze when roofs are clear of ice and snow.

Snow guards are used to prevent accumulated snow and ice from sliding onto the ground below all at once, which is a huge safety concern. Avalanching snow from commercial rooftops has been shown to injure tenants and passerby, damage ground-mounted building mechanicals and vehicles, and destroy landscaping. Even when it’s not harmful, snow that slides off a roof in large pieces is a nuisance. Contrary to popular belief, snow guards don’t simply hold snow in place. Instead, small amounts of the snow and ice melt off slowly – and safely.

It’s important to note that avalanching is a concern even in areas that don’t typically see blizzards or large snowstorms during the winter. The snow on a building’s roof can build slowly, over many months, as smaller snow flurries accumulate in the absence of snow removal protocols. If fluctuating temperatures keep dipping beyond freezing and then rising again, the snow can melt and refreeze several times, which adds ice and even ice dams to the roof’s load. That means even in areas where snow on the ground doesn’t build above a few inches, the snow on roofs can be quite sizable. If snow then drops from higher roof lines onto lower points, such as gabled entrances, the snow buildup can be even more significant, and the risk of avalanching more severe.

“Avalanching is a concern even in areas that don’t typically see large snowstorms during the winter.”

The buildup of snow and possibly ice can also mean considerable weight – and added burden – on a building’s roof. Snow’s weight can vary greatly depending on how tightly packed it is. At its most light and fluffy, snow is about 3 pounds per square foot for dry snow. But wet and heavy snow can weigh in at 21 pounds per square foot. A cubic foot of ice can weigh even more: a whopping 52 pounds. That’s dangerous – even lethal – if it slides to the ground in one piece. And it can also cause damage to the building’s roof that requires repairs far and above the cost of installing preventative snow guards in the first place.

Sizing up snow guards
Snow guards are most common on metal roofs, though they can be installed on everything from shingle and tile to slate and solar panels. Exactly how big of a project the installation of snow guards is depends almost entirely on the building. Roof slope, rafter length, building orientation and typical snow load in your climate can all impact how many snow guards you’ll need. Snow guards are generally designed to blend into the existing roof material, and it’s possible to find a color that closely matches a building’s color. They’re made from either metal or polycarbonate, and are shaped as long bars or protruding devices that resemble spikes.

Though some building managers propose setting up snow guards along the perimeter of the building’s roof, others opt for snow guards only along critical areas. Because snow guards are mainly intended to protect people and property, most experts agree that it’s especially key to install them above entryways, walkways, parking areas and gathering spaces, such as outdoor seating areas and communal yards. You’ll also want to protect your building’s components by installing snow guards above ground-mounted mechanicals, lower roofs, gutters, vents and landscaping. It is possible to set up too many snow guards on a roof and increase the building’s snow load unnecessarily. That’s why it’s recommended that a professional install snow guards to assess the best coverage and location of snow guards, and ensure that the proper adhesion is used during installation.