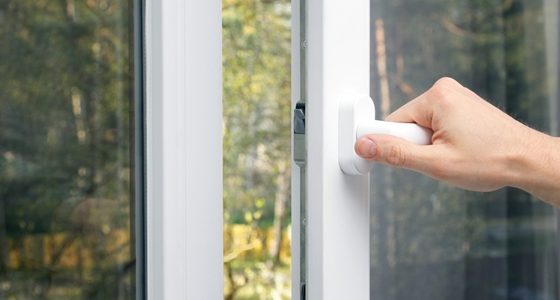 As temperatures continue to drop, many facility managers and building administrators are expecting energy costs to rise. Fall and winter are known throughout the industry for being particularly heavy on operational expenses thanks in large part to increased use of heating and the HVAC system.

But the good news is this doesn’t have to be set in stone. If you’re worried about the seasonal strain on your operations budget, there are strategies you can implement that can help you cut down on energy costs without having to freeze this winter.

Perhaps the biggest area on which to focus these efforts is your building’s windows. In fact, your building’s windows are among its most important features when it comes to managing energy costs. According to the U.S. Department of Energy, a building’s windows can actually account for between 10 and 25 percent of a facility’s heating costs due to inefficiency. If you’re the manager of an older building, you may worry that the only expense greater than your heating costs will be the money you need to spend to replace your facility’s windows. Fortunately, a full retrofit may not be necessary. If you haven’t yet considered the cost- and energy-saving benefits of window film, now is the perfect time.

Low cost + low heat gain = high efficiency
It’s time for some basic math: A repair measure’s efficiency is determined by comparing how much it costs to perform with how much money it can save you down the road. By this metric, window film may be one of the most efficient energy-saving measures you can implement in your building. This is because, as the American Hotel and Lodging Association pointed out, most commercial-grade window films are inexpensive to purchase and install, and can have a significant impact on your building’s thermal management. In fact, the source noted that per square foot, the cost of installing window film is much lower than that of replacing the windows with more energy-efficient models.

A report from the International Window Film Association revealed that installing window film in existing office buildings can have significant energy-related cost savings. Depending on the type of window film you choose, it may be possible to reduce energy consumption by 500 GWh a month.

“Window film can contribute to your facility’s operational savings throughout all seasons.”

Year-round savings
One of the best things about window film is that they can contribute to your facility’s operational savings throughout all seasons. The main appeal of these types of treatments is that they have a very low solar heat gain – that is, they reflect much of the sun’s heat back outside. For comparison, regular windows only reflect between 34 and 45 percent of the sun’s heat, according to a report from CPfilms. However, a low heat gain window film can reflect as much as 84 percent of solar heat gain.

While this makes a strong case for summer months, there are benefits to buildings located in cooler climates as well. Heat gain works both ways, after all, and you can expect to see similar energy savings in winter as in summer. Low-heat gain window film will work just as well to reflect existing heat from inside your building back into its interior, rather than bleeding it out through low-efficiency windows causing you to spend more on heating costs.

Window film can create significant cost savings for commercial buildings in any climate during any season. But if you want to reap maximum benefits, you should ensure that they’re installed properly so you can minimize maintenance costs down the road. The experts at Clean & Polish building solutions can help in this regard, offering expert and professional installation as well as peace of mind for your building.