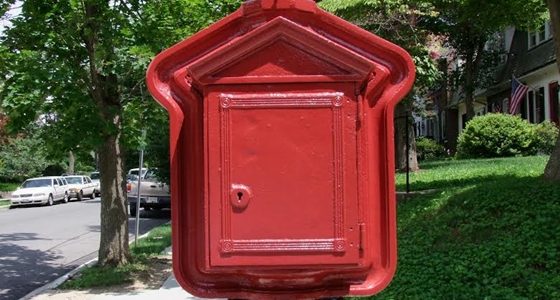 Proving the diversity of Clean and Polish’s myriad skills and services, professionals from the company have recently concluded work on the Burleith call box restoration project, an undertaking that took over a year to complete.

Burleith is a quaint and walkable neighborhood located in Northwest Washington D.C, the Washington Post detailed. Situated adjacent to Georgetown, the area is known for its demographic mix – seniors, young families and college students all call the area home – as well as the quiet leafy streets, abundance of amenities and easy transportation links.

Project history
According to the Burlieth Citizens Association website, the Burleith call box restoration project began in the late fall of 2014, after the community-based organization, in collaboration with leaders from the Burleith History Group, sought to restore five of the area’s historic fire call boxes. The boxes were in poor shape, having experienced years of deterioration and decay. The objective of the project was to restore the boxes to their former appearance in an effort to protect a unique aspect of the area’s history, as well as to liven up the appearance of the neighborhoods.

Despite officially starting in November 2014, the project can trace its origins back to the spring of 2013, after the head of Burleith History Group, Ross Schipper, penned an article on the significance of the call boxes, outlining their historical and iconic status within the neighborhood. The article subsequently inspired interest in a restoration initiative, which gained traction after an array of fundraising projects from the Burleith Citizens Association. By the fall of 2015, the local organization had secured enough financial support to cover the entire project.

Details of the restoration
The professional technicians from Clean and Polish soon got to work, restoring the call boxes to their former appearance, using historically accurate colors that were discovered during an initial stripping project. Each call box was painted red and black, with the pedestals and light poles being painted black and the call box housing being painted red. In addition to the paint work, Clean and Polish professionals fitted each box with a special plaque, outlining a particular element of Burleith history. For example, the call box located at 37th Street and T Street contains a plaque detailing famous Burleith residents, while the call box on 36th Street and S street carries a plaque dedicated to the origins of Burleith.

The project was a clear success, reaching a conclusion on January 31, 2016. The official unveiling ceremony occurred on February 20, with officials from both the Burlieth Citizens Association and the Burleith History Group in attendance. There are plans for the creation of a time capsule, that can be inserted into one of the call boxes.

Clean and Polish restoration services
Clean and Polish are one of the Mid-Atlantic’s premier building maintenance companies. We offer a number of restorative services – from architectural finishing to masonry repair to glass and metal restoration. If your commercial building or property is in need to any restoration work, big or small, look no further than the professionals at Clean and Polish.