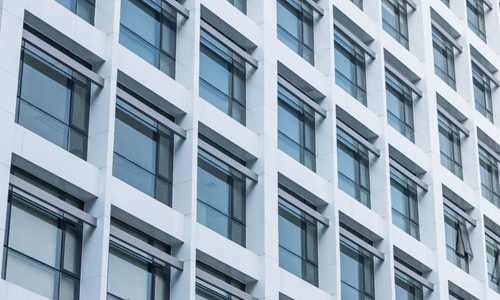 Everyone looks forward to when the snow melts and the rain showers arrive that herald the start of spring. However, where’s there’s excess water, there’s mold, and your building’s windows are no exception.

Moisture-related issues are one of the most common types of window problems, and there are many ways that moisture can sneak into parts of your windows and building where it doesn’t belong. If your windows have been installed or insulated incorrectly or have faulty sealant joints, moisture can seep in and collect. Condensation may also build up when the interior surface temperature of the window is lower than the dew point of the air next to it, as FacilitiesNet noted. The chances of interior condensation are even higher in facilities located in cold-weather areas that heat and humidify their interiors during the winter.

Dangers of mold
The longer moisture accumulates around your windows, the greater the chance of mold developing. As faulty window components spew more moisture, the mold grows bigger and bigger. Mold can cause a range of serious health problems and what the Occupational Safety and Health Administration calls building-related illnesses and sick-building syndrome, which is when a group of people have an unspecified sickness who all spent time in the same facility. Mold can cause allergic reactions like coughing, congestion, eye irritation and skin rash. Children, the elderly and people with compromised immune systems or other allergies are particularly susceptible to the negative effects of mold.

“Mold illness may be the most prominent health problem physicians are missing today,” according to Mercola.

Some common types of mold include penicillum, aspergillus and cladosporium, and scientists are unsure of the total number of species. According to the CDC, estimates range from tens of thousands to as many as three hundred thousand or more. Some mold can contain toxic metabolites and produce triple helical glucan, and both of these compounds are toxic to lungs, according to the American Industrial Hygiene Association. In addition, “black mold,” or stachybotrys chartarum, which can cause severe health effects in some people. However, this type of mold is very rare and is typically avoided if proper preventative measures are taken.

“If mold spreads, it can damage the structure of your building.”

The problems caused by mold aren’t just limited to health issues. Mold is also bad news for the structure of your building. If mold spreads, it can damage building finishes, materials and furnishings, according to OSHA. Poorly installed windows and moisture accumulation in turn cause problems with indoor climate control and ventilation systems, hurting and air quality and creating an uncomfortable building environment for tenants. The Whole Building Design Guide reported that rainwater entering the building and moisture ingress are two of the most common threats to the structural integrity and performance of buildings.

Alternatively, mold caused by vapor pressure won’t be affected by changes in temperature. To combat this type of mold, dehumidify the room and reroute your ventilation systems so that heavy-moisture air sources, such as those coming from bathrooms, are directed outside and aren’t incorporated back into your building.

The Centers for Disease Control and Prevention advised building managers to be especially aware of mold accumulation during periods when the building is unoccupied, for example during a summer break. Managers frequently lower thermostats during these periods, however, this can create an environment prime for mold. Additionally, be extra vigilant about mold in air conditioned areas. Depending on the design of the room, the air from the machine can create cold spots on the walls, windows or furnishings that then see mold growth. Installing diffusers and vapor barriers can help prevent this problem.

Prevention tips
Prevention is an important part of battling mold accumulation. Building managers should routinely check windows for leaks, drafts or interior condensation, making sure to inspect the areas along where the window connects to the wall and the window sill. If they notice any moisture accumulation, it should be cleaned up immediately, since mold grows rapidly. Going in hand in hand with moisture accumulation along windows is the status of ventilation systems. Faulty or leaky HVAC systems and air ducts can contribute to moisture accumulation, so make sure to regularly inspect them and provide adequate ventilation in sections of your building that typically have a higher moisture content, such as kitchens and bathrooms. Safe-wise provided some helpful questions to guide your regular window inspections. These include:

Being aware of the causes and risks of mold is the most important step in protecting your building and its occupants. Clean & Polish Building Solutions can perform the necessary maintenance, cleaning and repairs to keep your windows mold free and ensure that your building is safe for its occupants.